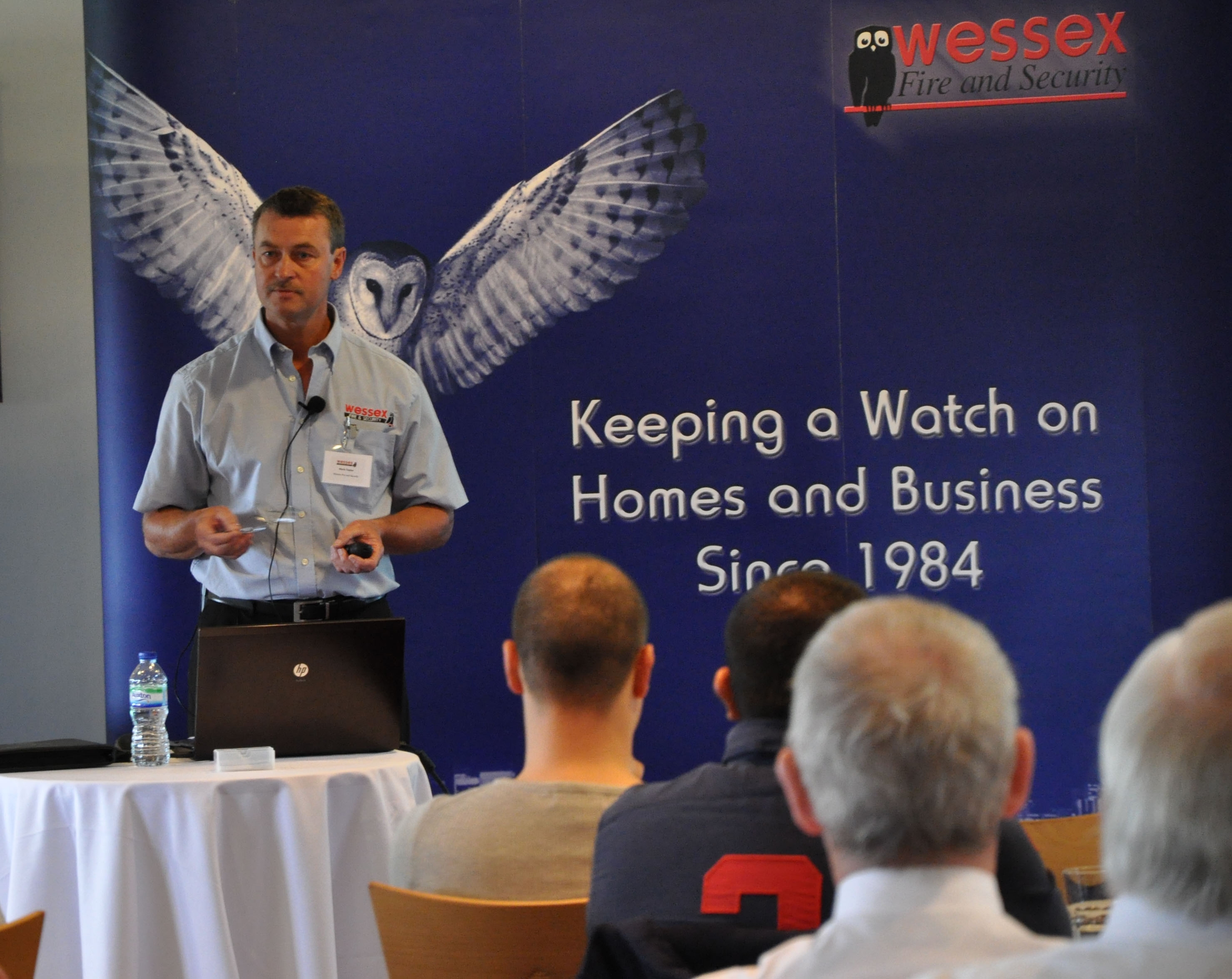 A senior representative of the Scottish Fire and Rescue Service delivered the key note presentation detailing the events and consequences of the Rosepark tragedy in South Lanarkshire in 2004 - a blaze in which 14 elderly residents perished.

Event-goers were among the first people in the country to see a video about the fire and looked on in silence as the story was told about its lethal consequences.

A number of local fire and rescue brigades were also represented.

Dorset-based Wessex Fire & Security works across the south and looks after some of the most important buildings and sites in the region.

It provides fire and security protection for domestic customers as well as businesses and all parts of the public sector.

The annual seminar is a chance for those within the industry to come together to hear talks and discuss the latest laws and technology.

Group Commander David McCarrey, of the Scottish Fire and Rescue Service, showed the film about the Rosepark fire and took questions from the floor.

Then Don Scott from the Fire Industry Association gave an update on the BS5839 Part 1 2013 fire standards.

The first on system protocols and the second on European Standard EN54-23 and its impact on system design.

Mark Taylor said: “It was very productive morning and it was especially good of David McCarrey to come and share his knowledge about the Rosepark fire.

“It just shows how a few small problems can come together to create a huge tragedy.

“It really is an important film, especially in a place such as Bournemouth where there is a high density of care homes.

“We were also very grateful to the other speakers and feedback was very positive. A lot of information and experiences were shared, which will hopefully benefit the industry.”

Wessex Fire & Security is part of the Wessex Group, which is based in Shaftesbury and is this year celebrating its 50th anniversary.