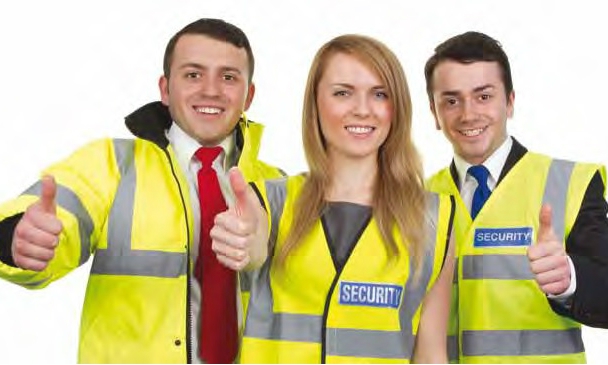 What protection does an SIA licence give?

What Protection does an SIA Licence Give?

At the time of writing, the security industry is still waiting for the Home Office to publish the findings of the review of the Security Industry Authority (SIA) which started earlier this year. Considering the time lapse from the first announcement in 2011 that all non-departmental public bodies (NDPBs) would have to undergo a substantive review at least once every 3 years to the actual commencement in January 2016, during which they eventually changed the name from being a triennial review to simply a review, and also the change of government ministers within the department this summer, whilst industry may be waiting, simultaneously we are not expecting publication to be any time soon.

Whilst a lot of the focus has been on businesses and whether they will be proceeding with the previously announced Business Licences, the review covered all aspects of the SIA including the existing licensing of individuals working in the industry.

There can be no doubt that individual licensing has improved the industry significantly. Door Supervisors are more professional, with the training and criminal records checks contributing massively to making the “thug bouncer” an item as historic as said character’s attitude. Frequent visits by SIA personnel have aided compliance particularly in city centres. Security Officers have also become more consistent, having eradicated the poor practices of some companies, where they would recruit an individual at lunchtime and deploy them at teatime; now licensed Security Officers have undertaken basic job training and had a check for any criminal record.

The basics of individual licensing was built around three important criteria, proof of the individual’s identity, holding an appropriate qualification and not having any relevant recent convictions. There are also a couple of additional criteria, right to work checks and a basic competence in English and/or Welsh.

The first condition for a licence works reasonably well. The individual has to prove their identity using documentation such as their passport. There have been complaints about the strictness of the accepted documentation, however it is unfair to place any blame with the SIA for this, as the criteria are stipulated by the Disclosure and Barring Service (DBS) and is the same for any person requiring a criminal records check. The recent improvements which allow the identity checks to be undertaken at a Post Office has been a significant improvement, both in time and avoiding the risk of documents going astray. It is interesting to note that the actual SIA licence is not recognised as a form of identity by the DBS despite being issued by a government body.

The second condition is training, and I will also include language at this point, as the two are dealt with at the same time. The SIA stipulates an “English Language Pre-requisite for Learners” with a list of appropriate minimum language skills, and the requirement that the training assessment is in English and/or Welsh. The SIA guidance further explains that security operatives may be required to make calls to emergency services and could have the need to communicate in order to resolve conflict. Despite these requirements, which are essential for the safety of the individuals and the persons they are employed to protect, there have been cases of licensed individuals being found who did not have adequate English communication skills. Whether this is as a result of money for qualification scams or educational establishments not understanding the reasoning behind the need to communicate in English and therefore providing inappropriate assitance, is not immediately clear, however it does mean that the criteria to obtain a licence has not been met.

Since the early days of licensing there have been claims of improper training, varying from slight reductions in classroom time to zero attendance and assistance with examinations, however when challenged, the number of identifiable establishments has been quite small. There are enough documented cases to be able to say that there has been some abuse, which means that it remains a concern. I do find it disquieting that the SIA will often shirk responsibility for the policing of training, by putting the responsibility solely onto the awarding bodies rather than considering the reason that some people are willing to cheat in order to gain the qualifications, is the aim of applying for a security licence.

My largest concern however is with the criminal records checks. Don’t get me wrong, the checks that are done are useful and have successfully removed a significant number of individuals who were an unacceptable risk to the industry. I do however question the criteria used as to what is acceptable in an individual’s past and the difference between what the SIA sees and what an employer would see. I personally still consider that the security industry as a whole should be exempt from the Rehabilitation of Offenders Act, as I consider that security companies have as much responsibility as other exempt professions to protect individuals and their possessions. The risks and values of assets protected by security staff, means that there is a higher risk of somebody re-offending. Irrespective of this view of an individual’s distant past, it is their more immediate past that concerns me with regards to SIA licences. As the criminal records check is only conducted at the time of licence application or renewal, it is worrying that there is no guarantee that the SIA will be aware if an individual receives a conviction in between renewals. Let’s face it, asking the convicted criminal to notify the SIA, is like asking turkeys to vote for Christmas. A number of years ago there was a promise of an improved criminal records system, which would notify the SIA immediately if a licensed individual received a conviction, but we are still waiting.

The inclusion of right to work checks was only added on afterwards as a knee-jerk reaction by politicians following the discovery at some sensitive sites including airports, that some security companies were employing some individuals with legitimate SIA licences who did not have the right to work. As legislation is in place requiring employers to conduct right to work checks, this duplication of check adds additional costs to the SIA licence application process, which is entirely avoidable as long as employers comply with legal requirements. After all a SIA licence is not a guarantee that you are employable, it is only confirmation that you have met certain requirements.

Taking into account the potential pitfalls, can you guarantee that because the individual has an SIA licence, they are competent, able to communicate and honest? Well don’t forget that there is one extra layer of protection – the security company. They should be screening applicants and making their own assessment of competence, which should remove the few miscreants who slip the net. So if you want to be satisfied with who is protecting your assets, make sure you are contracting the right supplier, as a licence alone is not enough.