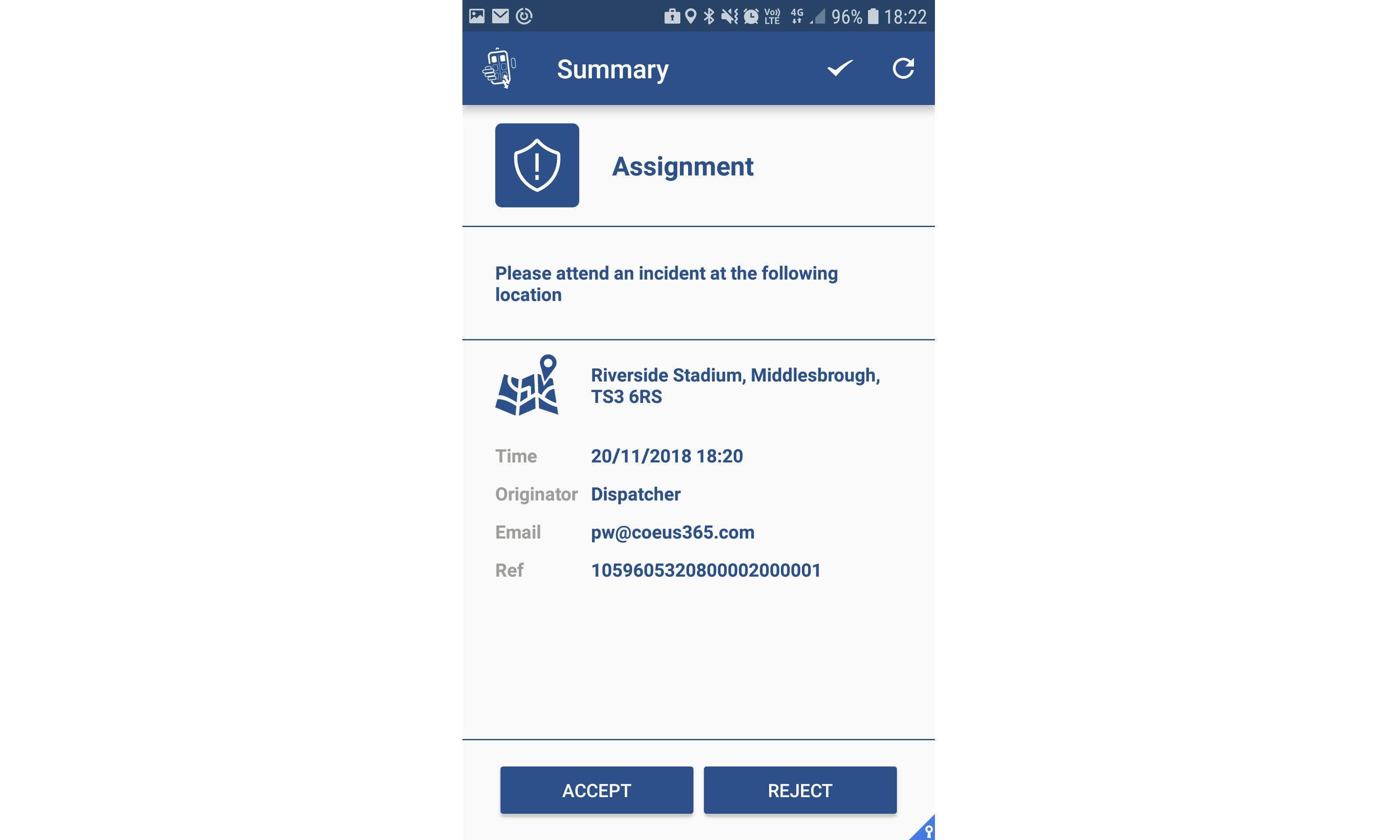 In most Police forces today, tasks are allocated to officers via the force’s Command & Control system, irrespective of whether they are urgent or routine. The allocation of the task and sending all of the corresponding information must be dictated over the radio in a 1:1 communication. This needlessly ties up resources and risks errors from miscommunication (incorrect address, misheard name etc.). Relying on voice communication ultimately makes the efficient management of police resources a challenge during the best of times, but this is compounded significantly during a major incident where quick communication between officers and other emergency services can mean the difference between a catastrophic outcome or not.  In these scenarios the control room can quickly become overloaded with voice traffic, resulting in incidents not being responded to as effectively or as quickly as they could be.

PoliceBox minimises voice traffic to and from the Command & Control Centre by sending non-urgent requests in digital form through the PoliceBox app, along with all the relevant accompanying information such as names, addresses, crime number etc. With the latest edition of PoliceBox, tasks can now be sent directly to officers via Push notifications on their smartphone, immediately alerting the officer to a new task. The officer can review the attached information and choose to accept it or not. Where the task is rejected, it is returned to Command & Control to be reallocated to another officer. During a major incident, alerts and information can also be pushed to every officer on shift simultaneously, ensuring officers are fully informed during fast-moving events.

In addition to the introduction of Push Notifications, PoliceBox Amicite introduces numerous additional benefits in this major update:

Updated, clearer and more productive user interface across Android, iOS and Universal Windows Platform.
Addition of GPS tracking data to the PoliceBox Management Portal. The PoliceBox service automatically records and logs metadata associated with every task carried out by officers (e.g. time and date, which database was accessed, what the search term was etc.). This data now includes the GPS location of where a task was carried out (e.g. where and when a Stop and Search took place) providing senior officers with unparalleled levels of intelligence to investigate patterns of behaviour, optimise shifts or for audit purposes.
Auto-inserting of information from other data sources to speed up tasks. For example searching car registration information will automatically insert name, address, car details etc. into a Speeding Ticket form.
Officer availability: Officers can mark their status as Busy, On a break, available etc. (Police forces can configure the statuses as appropriate).

Simon Hall, CEO and co-founder of PoliceBox comments, “Police forces are under tremendous pressure to do more with less. Poor IT systems and disjointed, paper-based processes hamper police investigations because officers are unable to access data in a timely and efficient manner. We built PoliceBox with the goal of freeing up officers so they can spend less time on paperwork and more time fighting crime. The introduction of PoliceBox Amicite is the next step in the evolution of the PoliceBox service to further enhance how forces manage their resources so they can not only respond to incidents more quickly, but can do so at a significantly lower cost as well.”

The introduction of PoliceBox Amicite comes shortly after the publication of the Home Affairs Select Committee report which warned that police forces could face “irrelevancy” if they are unable to implement new technology and communications solutions at an agile pace. By leveraging proven cloud technology which already meets Home Office standards (Windows Azure), PoliceBox is well positioned to help police forces today. PoliceBox can bring organisation-wide digital transformation to police forces within a matter of weeks.