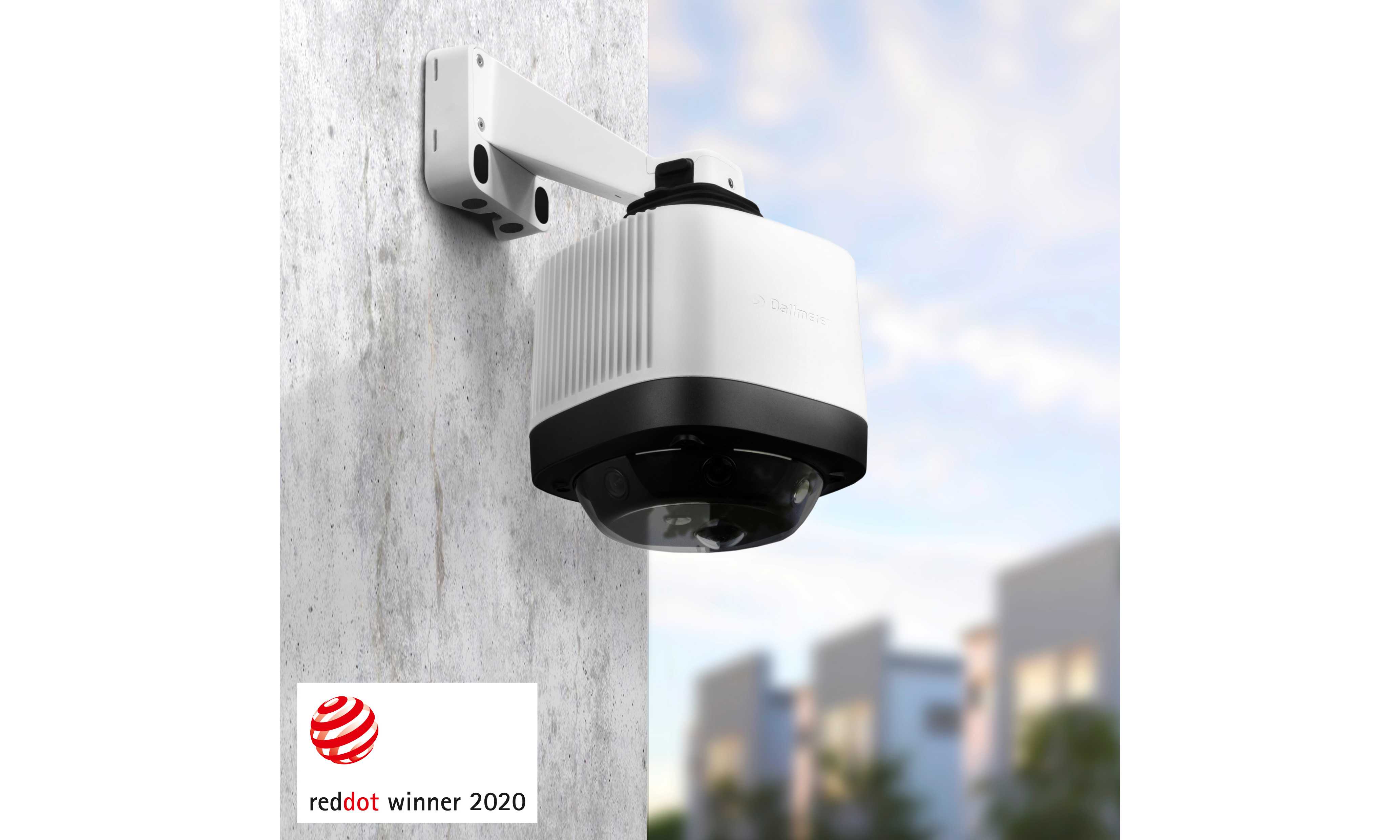 The "Panomera® W" multifocal sensor system from Dallmeier electronic has been recognised with the Red Dot Design Award. The camera series was included among the winners in the "Product Design" category by virtue of its innovative construction and significant functional benefit to customers.

The innovative conception of the Panomera® W camera series is inspired by the principle "form follows function": The operational purpose of the cameras – maximum visual control of large spatial contexts in a completely novel 180° or 360° viewing mode – informs the design idiom. The high standard of the materials used and the manufacturing quality, "Made in Germany", signify maximum investment protection as customers can continue using the camera long after the normal amortisation cycles have run their course.

Accordingly, this year the innovative camera system succeeded in convincing a 40-person panel of experts not only in respect of the level of innovation and functionality it embodies, but also the durability of the components used therein and the associated ecological tolerability. The camera is also up to 95% recyclable. With this new generation of the Panomera® W series, available in 180° and 360° variants, Dallmeier takes its place as the first manufacturer in the B2B video security technology sector to present a uniform design language. Whether on the casino floor or in the Safe City domain, in the airport terminal or in industrial or logistics applications: The understated design of the Panomera® blends discreetly with an enormous variety of architectural environments, always placing the highest priority on the users and their requirements. And the manufacturer extends its design approach far beyond the product itself: The Mountera® mounting concept saves enormous amounts of time and money by enabling the camera to be mounted by one person, with minimal use of tools and fast, safe handling of the systems at the installation site.

Besides its innovative design, another decisive factor in the evaluation process by the panel of experts was the cost effectiveness of the Panomera® W camera series. Following its own precept "In search of design and innovation", the jury is guided at all times by current technical, social, ecological and economic requirements. Thus, the technology built into the Panomera® W series also sets new standards: Customers can precisely define the minimum resolution and the spatial coverage they require of the Panomera® W camera for their applications as early as the planning stage. This guarantees that the security and video analysis standards of the future are satisfied already today. Furthermore, those responsible for finances benefit from minimal infrastructure costs and highest operator efficiency. So, for example the Panomera® W series enables multiple users to monitor detail regions of very large expanses simultaneously and independently of each other, using just one camera system. At the same time, the overall image is always maintained, even when different operators are zooming to high resolution – both live and in the recording. As a result, all important information is preserved. In combination with the latest generation of the integrated CPU, which already uses integrated neural networks, and with various AI applications by Dallmeier, the Panomera® W series also enables extensive video analyses for an immense range of operating fields.