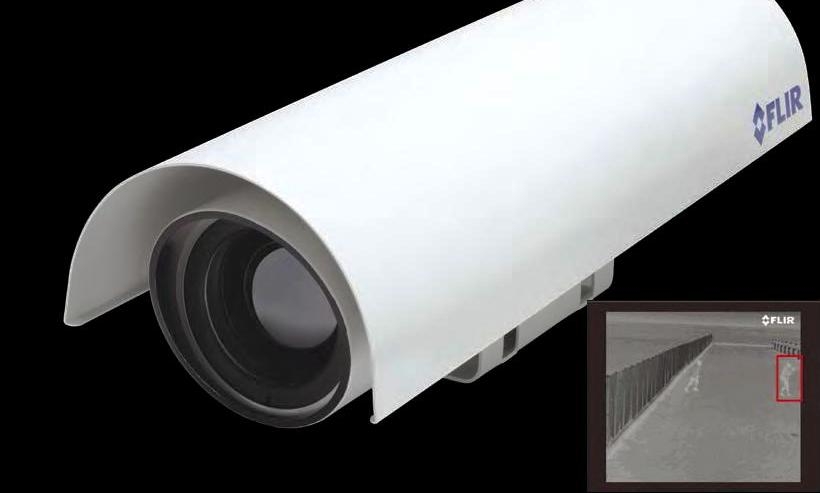 In Security Editor Industry News
Ratings (0)
Spanish security specialist Omega Seguridad has already secured over 20 solar parks across Spain and its neighbouring countries. The company always tries to convince its customers to install thermal imaging cameras for perimeter protection and surveillance projects. And this is exactly what happened for a solar park surveillance project in Sebis, Romania.
The SR series
For this particular project, Omega Seguridad relied on FLIR’s SR-Series surveillance cameras, which offer high quality thermal imaging in any night or daytime environmental conditions. More specifically SR-313 cameras with 35 mm lens and 320 x 240 resolution was selected, along with SR-324 cameras with 19 mm lens and 320 x 240 resolution. The SR-Series of security cameras provide high contrast imagery optimized to get the most out of video analytics software. In this case, video analytics was provided
by Spanish company Davantis.
Surveillance technologies
Omega Seguridad usually offers two options for perimeter protection to its customers: CCTV cameras and thermal imaging cameras. Although traditional CCTV systems are effective for security and surveillance applications, they are not able to see in total darkness. As a result, they have to be complemented with additional lighting.
Smaller investment for thermal imaging.
Although a thermal camera is still more expensive than a visual video camera, the investment cost for perimeter surveillance will still be lower, as fewer cameras are needed. Fewer cameras also mean that there will be less investment on camera-related equipment ie. The equipment required to ensure the camera operates efficiently and get the video signal onto the control room screen.
Better performance with thermal imaging
The lower overall investment is not the only reason why Omega Seguridad prefers thermal imaging for the Sebis project in Romania. Thermal cameras also have a higher accuracy and they generate fewer false alarms, which ultimately results in less frustration and less work for the control room operator.
For more information about thermal imaging cameras please visit http://www.flir.com/GB/