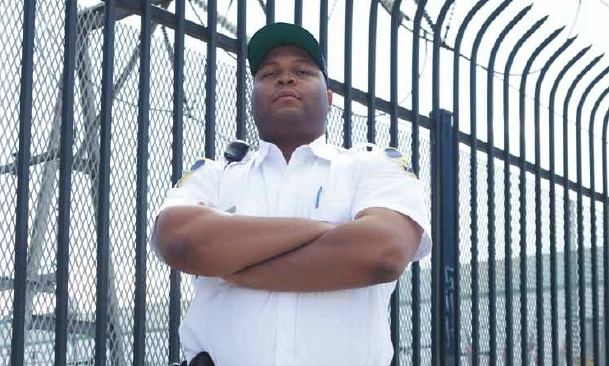 What do a Security Officer and a pound coin have in common?

Every so often you find a dud, but you just ignore it and continue. Unfortunately this isn’t some pub joke, but a reality of modern life. Let me first quickly explain the analogy, every so often you look at your loose change and spot amongst the pound coins one that looks different, closer examination reveals that it is a counterfeit. In your heart you know that it is not real and should be taken out of circulation, you know that if you report it to the bank or police that whilst that single pound will be taken out of circulation, this one action is not going to stop the flow of counterfeit currency, and more importantly you will be out of pocket. So what happens in reality? You keep hold of the coin and use it to pay for something at the first opportunity, hoping that the recipient does not notice and becomes the next link in the chain. What is more, despite having just committed a crime yourself, you now actually feel smug about your success in passing on the pound coin ‘hot potato’.

So having pointed out that most of the country have done something criminal at some point in their lives, what do I mean by the dud Security Officer? I am referring to those persons who did not go through the proper training to become a Security Officer. Now there are various types of fraudulent training malpractice. I could be generous and ignore the least serious scenario, where during the examination a candidate is guided to reconsider a couple of answers, however this is still aiding somebody who didn’t meet the standard to be able to pretend that they did. The most serious malpractice is where the individual undertakes no training whatsoever, pays a fee, and a test paper is submitted in their name; there are also varying degrees of reducing the learning time, in some cases by claiming that the candidates have done some of the learning as home reading, without encouraging the candidates to actually comply. Whether or not the candidates then receive any assistance in passing their exam becomes immaterial, they have not been trained to the set standard. As mentioned previously, even where a candidate has completed the required number of hours in the classroom, there are various ways that examination fraud can occur.

Training in the security industry generally takes place at one of two types of venue, in-house at a security company or at an independent training provider. Whilst training fraud can occur at either venue, most security companies recognise the importance of the training and also the knock on affects to the core business if the training was found to be improper. For the independent training providers where the income is based on numbers through the doors, there is a greater financial incentive to spend less time in the classroom for the same amount of income. When a training company is caught, it is relatively easy for the company to close and then reappear with a different name, and proceed again with a different awarding body.

Ofqual, the regulator for awarding bodies, issued a report on training malpractice in the security sector in January 2017. Their solution: more paperwork – ensure that the awarding body has a contract in place with the training centre, that allows the awarding body to say ‘you have been naughty, don’t do it again’ if they get caught. I can understand having a warning system such as points on your driving licence for speeding, where you could accidentally miss a change in speed limit or inadvertently build up too much speed, but surely training malpractice is a bit more black and white? You don’t accidentally complete a student’s exam paper for them, etc.

If the regulator isn’t coming up with solutions, then who is? Perhaps surprisingly, there are suggestions coming forward from awarding bodies, trainers, and industry in general. Probably actually not that surprising then to see that the majority of the industry want to just see the minority banished. For many years, I personally have advocated having the security examinations run at independent establishments, e.g. further education colleges. Even reading internet forums, security officers themselves are coming up with better solutions than then Ofqual, if a security officer can suggest “DVLA style examination centres” why doesn’t the regulator?

At the Outstanding Security Performance Awards (OSPAs) initial UK awards ceremony, Nick Ross spoke to the security industry where we discovered that as well as presenting a television program on crime, he also worked with University College London on the study of crime science. One of the outcomes of his research was “Most epidemics and cuts in crime are explained by changing circumstances in which individuals find themselves rather than by moves to re-engineer people or society, so while Crime Science embraces police training, detection methods and forensic science it finds most leverage in improving security by rethinking products, services or policies so as to design out unnecessary temptations and opportunities for crime.” Returning to the original topic of this article, this means the most effective way of stopping examination fraud in security qualifications is to remove the opportunity from the training providers.

It is recognised that the security industry has improved significantly since the introduction of security licensing, with the majority of employees having passed the set criteria for the criminality checks and having undertaken basic training for their likely duties. The SIA continue to prosecute companies that use unlicensed staff and will do random workplace checks. Some people will argue that there should be more of this activity, however it is sufficient to demonstrate that you could get caught out and is proportionate to the risk and amount of licence avoidance. In comparison however, exam fraud appears to always be somebody else’s problem. The SIA pass information to Ofqual, Ofqual says it is the responsibility of the awarding bodies, the awarding bodies say they meet requirements and it is the responsibility of the SIA, and it continues around in circles. In one case where examination fraud at a training centre was reported to the police, Ofqual became involved and advised the police that it was “malpractice” not fraud and therefore the police lost interest despite the obvious pecuniary benefit for the training centre!

So in the year that the Royal Mint launch a new more intricate pound coin to make counterfeiting more difficult for the criminals, can we ask the relevant bodies to actually do something proactive with security officer training examination fraud and remove the duds from our industry?

This article is an opinion piece by Justin Bentley, Chief Executive Officer of the International Professional Security Association.