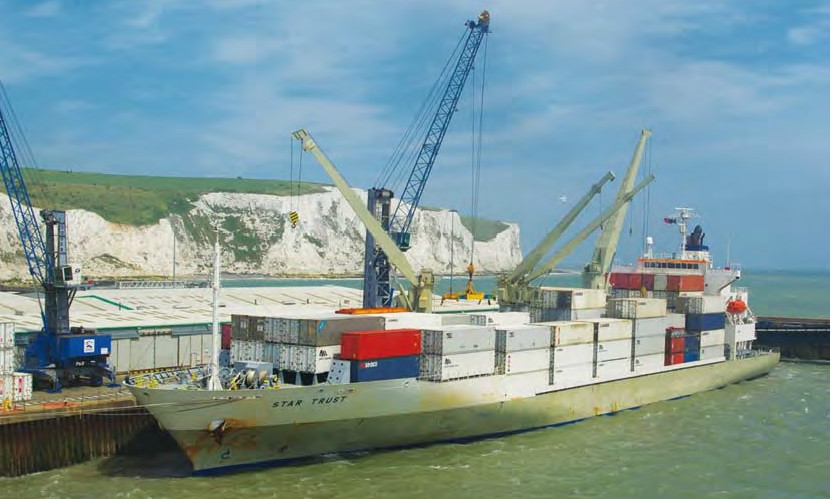 Any port in the storm

There has been a lot of concentration in recent years on the Maritime Security Front; however maritime security is not only about tackling piracy, but also matters far closer to home at our Ports and Docks.   It is a fact that 90% of the goods that are moving into and out of the United Kingdom come through Ports and there has been criticism of the weakening of security in Ports in the United Kingdom.

Those who heard the Radio 4 programme “File on 4” recently, may have come to the conclusion that Port Security is all about the Border Force and its effectiveness or (allegedly) otherwise.  The security of Ports has never been thus narrowly confined.  Neither is the security of Docks necessarily wholly taken up with the Border Force and the provision of decent Dockyard Security Forces, people who have been trained both in general security duties and specifically in relation to the Dock environment, can alleviate an awful lot of problems.  These will not only be the problems that the Border Force is criticised for, but also the problems that arise in any area of transport where there is the propensity for items to be stolen.  Indeed, there is a strong argument that, with Government resources being finite and with the constant financial pressure on Government, Port Operators and Dock Companies and, especially their Contract Security Staff, have got an increasing responsibility for what is, basically, critical national infrastructure.   The European Union proposals in relation to Dock and Port Security aim to fill that gap and the Council of European Security Services providers have argued that Maritime Security Training and General Security Training should not be mutually exclusive.

Fortunately, here in the United Kingdom, certainly IPSA, provides additional training, advice and expertise to those Member Companies who are providing Port Security Services.  This enables Security Staff to be aware of the functions and responsibilities that they have, not only to secure the goods and environment of the Port, but also to co-operate with relevant Authorities in ensuring that this critical national infrastructure stays safe and secure. 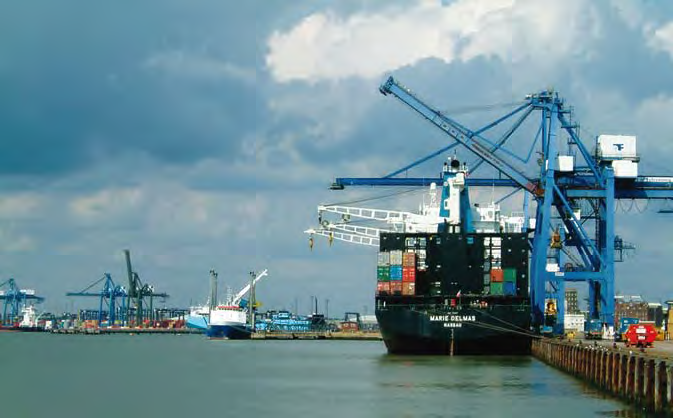 Any Company that is going to become involved in the security of Ports and Docks has got to understand the importance of Customs’ procedures, understand the importance of the Border Forces functions in relation to illegal migrants and be fully aware of other areas of concern.   The greatest of these, at the moment, is obviously terrorism and the threat of extremist violence.    With the detection of 48 illegal immigrants in the last few months at British Ports or coming from British Ports, (49 if you count the gentleman who was, unfortunately, dead on arrival), it is quite clear that even containerisation allows for penetration of security.  It was widely thought, in the 1960s and early 1970s, that containerisation would mean the end of serious problems in Dock areas and would lead to an end to, for instance, the wide spread cargo thefts which became a hallmark, sadly, of some Docks in the United Kingdom and elsewhere. However, containerisation has brought with it its own problems. It is a physical fact that, certainly in the United Kingdom, not every container can be examined on entry. The very detection of illegal migrants shows that some containers can get quite a long way into the United Kingdom and if we substitute for the illegal migrants 3 or 4 properly trained terrorists, able to subsist on minimal food and water, fit, younger people, armed and well equipped, it is very easy to see the danger. These would not be people who would be easily detectible, they would know how to minimise their presence and, bearing in mind the high volume of inbound traffic, could probably get to somewhere in land and break out of the container at their convenience.  So there is a real threat of terrorism, anybody who can get 10,000 cigarettes into the United Kingdom can equally well get the component parts of a “dirty bomb” with sufficient capacity to do a square mile’s worth of damage to Central London.  The Port and Dock is therefore always a part of critical national infrastructure, and its guarding is important.

The European Union has taken this on board in connection with the tightening up of regulations.    In some ways they are falling into line with a situation that already persists in the United Kingdom, where the Companies and Shippers who are involved in illegal immigration, however inadvertently, are liable to a fine. Whilst it may seem, on the face of it, manifestly unjust that a Company that knows nothing about the illegal entry should be fined for it, in practical terms this fine is really reflective of the fact that the Government requires the Company to do more for its security.  In fact, this is based on an ancient legal principle in the United Kingdom that the conveyance used for smuggling, in years past, was forfeit to the Crown.   Its extension Europe wide and its development to include Port Operators, will mean that there will be a financial penalty on those Port and Dock Operators who choose not to take the greatest possible precautions in the prevention of illegal entry of people and goods through their facilities.

It is important that those who are guarding docks, the people at ground level in Dock Security Companies, know what they are doing, know what they are looking for, and know what they are seeing when they see it.  Sometimes the simplest techniques are those which are most effective.  The sight of fluid flowing out of the underside of a container, for instance, can indicate the presence of human beings within that container.  An alert Security Officer will look at any fluid in the vicinity of a container to determine what it is.    Leaving all else aside, a Security Officer does not know the contents of a container and there could be a genuine incident occurring as a result of a breakage within the container and, subject to the container’s markings, that could be a chemical or biological hazard. 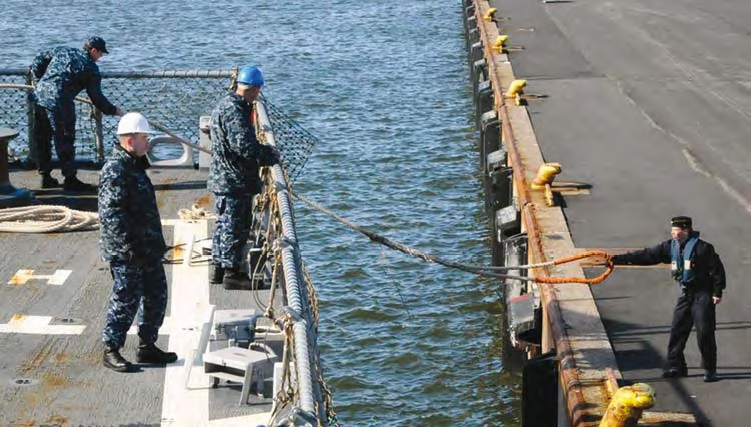 All in all, therefore, we really do suggest that Security Staff in the Ports and Docks have got a vital job, a job that is involved in the National interest, and that those wishing to choose Port or Dock Security Providers should be asking all the salient questions about the level of training of the people who are actually on the Dock, the level of training of the middle management (which should include a PFSO Course) and an overall view of the areas that a Port or Dock Security Officer becomes involved in, which are not areas that his counterparts in other parts of the Security Industry deal with.  At the very least, Security Providers should show that staff have undergone additional Health and Safety training, over and above that for general security services, that they know the hazards of Docks and they know what can arise.  For instance, in the Maritime Sector, we have all seen people sitting adjacent to large vessels, on the bollard to which mooring ropes of those vessels, lines and springs, are attached.  On some occasions we have seen people sitting with their feet idly on the ropes watching the ropes slowly creaking back and forward.  An Alert Security Officer will move such people away from lines and springs, and will do so by explaining the inherent danger of a rope under tension and the unfortunate consequences of being too near to one if it snaps.  In these minor ways, a Security Unit that knows what it is doing, collectively, enhances the Health and Safety of the Port generally. In a culture where, frankly,  Authorities always feel that there is no such thing as an accident, that there is always someone to blame, and in a culture where there is Civil and Criminal litigation, including for Corporate Manslaughter, commercial enterprises throughout industry are defending themselves on the basis that they have done all that is reasonable.  Port Operators should therefore ask their Security Suppliers very searching questions regarding Health and Safety. There is an argument that Health and Safety is, at least, as important as security and could be (such as in the case of fire) as big a danger to a Port or a Dock area as any security breach.

Port and Dock Operators should really be asking their Security Suppliers about this and other additional areas of training when giving Contracts or renewing Contracts.  Security Suppliers must, and once the European Directive is adopted will have to, show that they are not just the providers of all security, but that they are attuned to the environment of Ports and Docks.

If you wish to find out more about maritime security and training, please contact IPSA Maritime at www.ipsa.org.uk