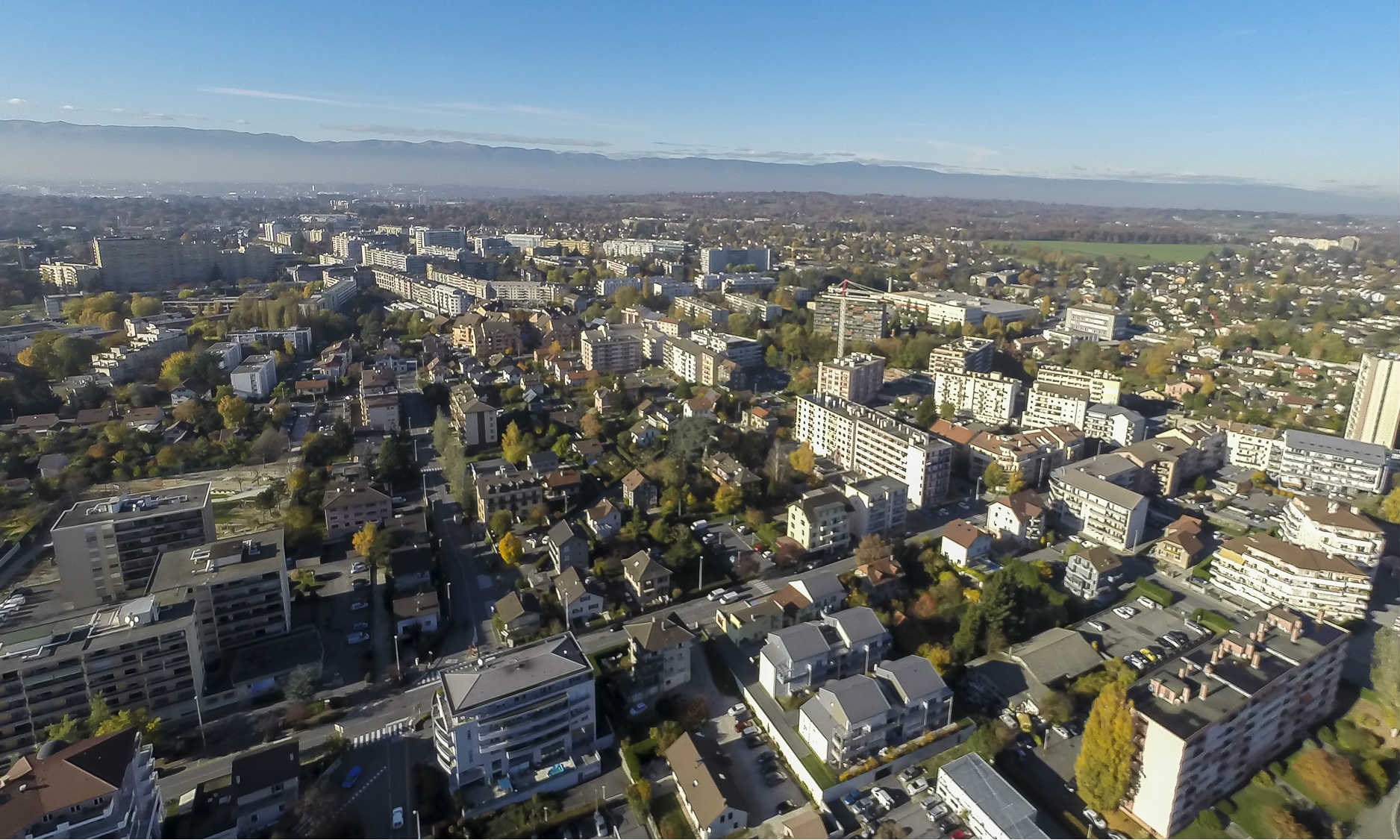 From analogue camera technology to the deployment of intelligent system

Gaillard – from village to town

The French town of Gaillard has grown from a predominantly farming village into a town with 200 hectares dedicated to commercial vegetable growing and 200 hectares of town development. Since the early 1960s, the population has almost tripled, and now numbers 11,500 residents from 110 different countries. It shares its main transport link with the municipality of Thonex (Switzerland). 40,000 vehicles pass through the town every day.

Accordingly, by the early 2000s the question of security was already an important issue for the town council, and the prevention and security policy has a high priority in the Gaillard political agenda. So it is not surprising that Gaillard now serves as a pilot community for purposes of both public surveillance and the deployment of the very latest technologies.

With the introduction of video surveillance, one of mayor Jean-Paul Bosland’s main aims is to protect people and property in places where aggressive behaviour and thefts occur more frequently. But he also intends it to provide protection for public buildings and facilities, monitor traffic and detect traffic violations. At the start of the project, in technical terms the town of Gaillard wanted a surveillance concept with extremely high recording reliability. In 2007, Dallmeier was the only manufacturer that was capable of presenting a recorder concept with blade technology, and so stood apart from other manufacturers from the beginning.

The Dallmeier concept was selected in a public call for tenders, the original project approval was awarded for the “Porte de France” district in February 2007 and involved the acceptance of seven Dallmeier PTZ dome cameras.

This was also the signal to begin implementing a video surveillance system for the town, which has undergone continuous expansion and improvement ever since.

The logical next step followed in 2008 with the introduction of a central monitoring centre for the town, called the Centre de Supervision Urbain or CSU for short, for managing and analysing the cameras and the recorded data.

In the CSU, which was set up in the town police headquarters, the Dallmeier SeMSy® video management system forms the basis for effective, centralised control of the systems. At the moment, a total of 51 cameras and the data they deliver converge in the CSU.

Thierry Plonka, the head of the town police force in Gaillard has no doubt that the CSU is the correct approach: “Our CSU has become a hub particularly for the police units which deal with cross-border investigations.”

During the early phases of the project, Thierry Plonka also visited the Dallmeier Factory Acceptance Test Centre in Regensburg. The FAT Centre is where the video system is set up in its entirety before it is shipped to the customer, so that it can be tested comprehensively in simulated live operation. Due to the FAT, the customer was able to assure himself of the quality and reliability of Dallmeier products before the system was commissioned.

Since then, surveillance cameras have been installed at many additional locations in the town and the system has been expanded continuously in several project phases. The subject of bodycams has also been raised, these are intended to prevent incidents during police actions and to enable offences to be monitored.

One important milestone in the ongoing development of the project was the transition from analogue camera equipment to IP cameras in 2011. The Dallmeier open system architecture enables the installation to operate in a two-track mode, and the analogue cameras that are still operational do not necessarily have to be replaced at great cost. Depending on the deployment area, full HD IP PTZ cameras are then added to the existing constellation.

The specific surveillance of the commercial district entails displaying vehicle licence plates. For this application too, Dallmeier was able to deliver the right solution with cameras designed especially to detect vehicle number plates.

The deployment of the Panomera® multifocal sensor system represents the most recent milestone. Thierry Plonka is evidently extremely satisfied with the capabilities offered by Panomera®: “A camera technology which allows you to zoom into the smallest detail in an image without losing an overview of the entire field of vision is extraordinary.”

The town of Gaillard and police chief Plonka have been working with Dallmeier for more than a decade now, and they still have several plans for expanding the video surveillance network. Plans under consideration include the extension of the tram line as far as Geneva, border stations and other sensitive locations. Advances in intelligent camera technology interacting with video analysis software and video management tools combine to solve new requirements that exceed the scope of simple observation.

For example, it is becoming more and more important to distinguish between a pedestrian, a delivery vehicle, a car, or a cycle in order to be able to generate appropriate responses very quickly when necessary.

The conclusion by mayor Bosland: “We have been using Dallmeier products for ten years, and German quality has proven itself. We will not settle for mediocrity, the image material must be flawless and admissible as evidence in court, so that we can identify suspicious persons and situations unambiguously. Dallmeier is a company with vision and makes every effort during the development of its products and solutions to ensure that they can be expanded and scaled with ease for years to come. This ensures a high degree of investment confidence. We are convinced that Dallmeier technology will meet our needs in future as well.”

Dallmeier has at its disposal more than 30 years of experience in transmission, recording as well as picture processing technology and is an outstanding pioneer of CCTV/IP solutions worldwide. This profound knowledge is used in the development of intelligent software and high quality recorder and camera technologies enabling Dallmeier to not only offer stand-alone systems, but complete network solutions up to large-scale projects with perfectly integrated components. Right from the beginning the company always focused on own innovative developments and highest quality and reliability. Dallmeier is the only manufacturer in Germany that develops and manufactures all components on its own. This includes the entire product range, from cameras to picture storage and transmission to intelligent video analysis and even individually adjusted management systems. Quality made by Dallmeier, made in Germany!

Over the years, Dallmeier has repeatedly given fresh impetus to the market with new developments and extraordinary innovations. The world’s first DVR for example, which introduced digital recording to the entire CCTV industry, came from Dallmeier. The introduction of the patented multifocal sensor system Panomera® has had a similarly ground breaking effect, ushering in a new era for the industry. This unique camera technology is revolutionising the market and opening up completely new possibilities for securing assets, optimising business operations and ensuring public safety. This and the extensive experience in the CCTV and IP field have led to a top position in the international market for digital video surveillance systems.