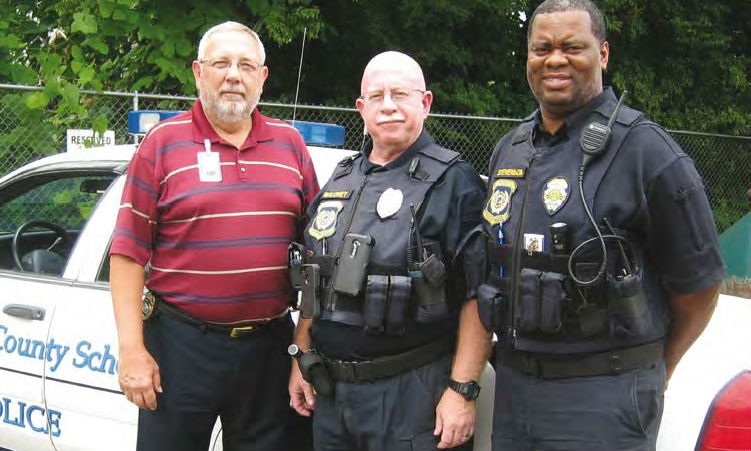 Cherokee County School District in Georgia decided to migrate its existing security over to a hybrid IP solution with victor unified management system from American Dynamics at the center of the operation.

The Cherokee County School District (CCSD) has grown tremendously over the past 10 years, adding seven elementary schools, three middle schools and two high schools to its roster. The public schools in Cherokee County are ranked among the top in Georgia, boasting the highest average SAT scores in the state for 2012.

Fifteen years ago, Superintendent of the CCSD, Dr. Frank Petruzielo, created the district’s public safety department. At the time, the district had no intrusion detection, unmonitored fire alarms, and a handful of unmonitored, individual cameras purchased by individual schools. Mark Kissel, chief of police for the school district and his team, conducted site surveys and assessments to determine what the district needed to move forward with a comprehensive security plan.

With no state funding for physical security equipment, CCSD needed to roll out its security plan in careful steps, prioritizing its needs and most at-risk areas. Initial security included cameras at the district’s high schools and middle schools. Over the last decade and a half, the district’s security has evolved to access control, alarm systems and surveillance to keep its students, employees and community safe.

“It’s nice to say that you have the bells and whistles in a security system, but the reality has to be based on need as well as what the community is willing to fund,” Kissel said.

After the school shootings in Newtown, Conn., made headlines, Dr. Petruzielo put together an ad hoc safety and security committee made up of district employees, public safety staff and community members to re-evaluate the district’s security needs and note any room for improvement.

For CCSD, positioning cameras in areas where students convene such as cafeterias, playgrounds, gymnasiums, and other outdoor areas, is a top priority. For schools that have a main road or tree-lined area facing entries, surveillance is needed in those areas.

“Our main focus is monitoring the flow of traffic and places where students congregate. Parent and bus access points, ingress and egress, and interior hallways--especially in the high schools--is important. If you are going to have issues, they are most likely to happen in places where groups of students form,” Kissel relayed.

Previously, the school district had been managing its video systems with Intellex, Network Client and Policy Manager. To accomplish its goals, the CCSD needed a hybrid solution that would grow with the organization.

The school district turned to its integrator Tyco Integrated Security, which has been a trusted partner of the CCSD going back 15 years--the same time that Kissel came to his position in the district and the superintendent created the district’s public safety department. 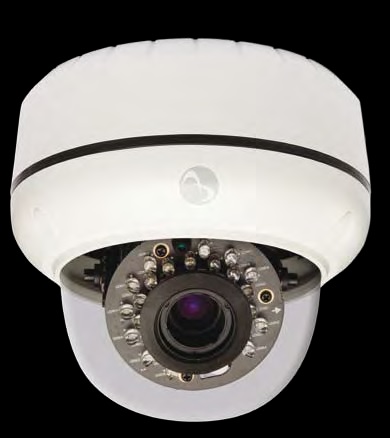 CCSD began its journey by working with Intelligent Marketing, a manufacturer representative for American Dynamics. Intelligent Marketing’s sales engineers were made aware of the challenges to incorporate IP video into the CCTV system at CCSD and recommended that CCSD migrated to IP by initially installing victor unified management system, VideoEdge hybrid recorders and American Dynamics’ Illustra cameras. So far, more than 30 IP cameras have been installed in the district’s high schools and middle schools, and 13 more schools are in the middle of deployment.

The VideoEdge hybrid recorders allow CCSD to continue handling its old infrastructure of analog cameras, as well as its new IP cameras. “The victor client is backwards compatible, allowing them to migrate from their Intellex system and really capitalize on the capabilities of a digital platform,” explained Gary L. Royal, senior commercial account executive at Tyco Integrated Security.

“There is no other solution on the market today that allows an end user to maintain and incorporate their current DVR infrastructure while moving into a single Client platform IP solution,” concurred Scott Bryan, Business Development Manager, Intelligent Marketing. “victor allows the end user to decide when it’s time to replace older hardware, maximizing their return on investment.”

Now, with victor and VideoEdge Hybrid Recorders in place, CCSD’s public safety officers have faster search capabilities, including Smart Search for searching through days or weeks of video within seconds. “We get much more information in a faster sequence than before., and have four times the throughput,” Kissel said.

Another advancement for the school district, according to Kissel, is better image quality and remote capabilities. Wider viewing angles with Illustra IP cameras allow public safety officers to see more and adjust less, viewing video at full 1080p and 30 images per second resolution. Real-time auto focus, 20X optical zoom, wide dynamic range and PTZ capability that moves at 512-degrees per second, have not gone unnoticed with the school district staff either.

“Now that we are in the IP world, not only is everything better in terms of clarity, but the ability to digitally enhance what we are trying to look at is significantly better than with our old infrastructure,” Kissel said.

In addition, the security management platform allows public safety staff to view live video remotely from an iPhone or other mobile devices. This gives them access to important video while they are patrolling anywhere on a campus without time delays or other problems. This improvement is significant to Kissel and his team. They have no central security office to view the school district’s surveillance, but have the ability to view video remotely and at individual locations.

“We had an ability to view video remotely under our old system, but it was sluggish on the operational side,” Kissel explained. “If we wanted to adjust or move a camera left to right, there were time delays. With the IP camera connectivity platform, it’s a lot faster, the video is a lot cleaner, and our ability to zoom in with clarity has just put us in great shape.”

Faster remote operations and clearer video are not the only benefits that CCSD has seen since it began its migration to IP. With the cameras and new digital platform, security staff also can troubleshoot remotely, eliminating the need (and cost) for in-person adjustments and service from technicians.

With an eye on the most cost-effective solution, Kissel and his team specifically chose a hybrid platform that would allow the school district to grow and upgrade its security system without replacing all of its existing infrastructure at once. As its older, analog cameras now in place at the district’s elementary schools start to fail, they have the option to replace them on an as-needed basis.

“Some of our older recorders are still capable and functional right now,” Kissel said. “As time goes on and these recorders die out, we will replace them with new hybrids. It gives us the greatest potential for growing with the solution.”

Once CCSD is finished upgrading the rest of its high school and middle school locations, it can look forward to using more features and capabilities of the system for a seamless, integrated platform across all its facilities.

One of the benefits of the victor unified management platform, is its ability to integrate with other systems across facilities, including access control and fire systems. Kissel said that as the staff becomes more familiar with the security platform and its capabilities, they will look into integrating the solution with its other operations in the next year or two.